Businesses are concerned about their long term viability, as well as the health and wellbeing of their employees and customers. The Central LA Regional Chamber of Commerce is working with partner organizations, community leaders, and state and federal officials to provide information, links and direct services to chamber members and the business community during the current state of emergency.

The Chamber office located at 1118 Third Street in Alexandria is closed in accordance with the Stay-at-Home order, but is fully operational with staffers working from home.

If you are a business in need of assistance, please call or email us. 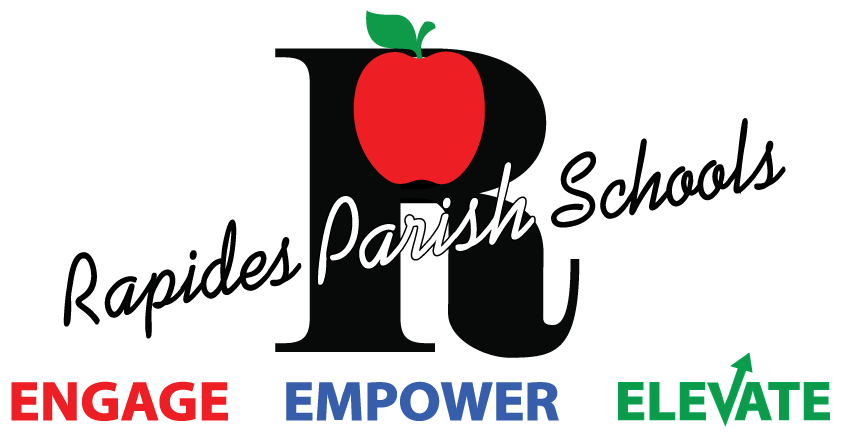 Impacted By Hurricane Laura? Get the Latest Business Recovery Information

With Two Storms in the Gulf, Learn More About How to Keep Your Business, Employees and Communities Safe

The Louisiana State University of Alexandria College of Business released its January 2021 issue of the CENLA Economic Dashboard. “Local consumer spending continues to exceed expectations,” says Dr. Randall Dupont, Dean of the LSUA College of Business and creator of the monthly dashboard.
Although total consumer spending for December is not yet available, preliminary data indicates a positive outlook for the month. Consumer spending in Rapides the first week of December was up 4% over January 2020. Consumers in Rapides spent more time shopping and dining than the state average. However, the small businesses have taken the brunt of the economic impact, says Dupont. Researchers at Harvard-based Opportunity Insights report small business revenue in Rapides was down 44% at the end of the year compared to 36% statewide.
The number of new business applications filed in Louisiana last year is very encouraging, says Dupont. Applications for 82,000 new businesses were filed in 2020, compared to 54,000 a year earlier. Of the new businesses, 24,000 are likely to have planned wages according to Census Bureau data. “We are encouraged by the growth in new business applications,” says Dupont.
“Our goal in creating the Louisiana Small Business Development Center (LSBDC) at LSUA is to support existing small businesses and to help these new businesses through the formation process,” he added. In Louisiana, it takes three to six months to form a business after making an application. The local SBDC will hold a ribbon cutting on January 21 at the Central Louisiana Regional Chamber office on Third Street in Alexandria.
Louisiana’s employment picture improved in November with the unemployment rate falling 1.2% statewide to 8.1%. Employment in the Alexandria metro area improved as well with the unemployment rate falling to 5.9% in November, while the rate for central Louisiana stood at 6.9%. Initial and continued unemployment claims in central Louisiana and statewide trend downward in December. However, initial claims increased sharply with the new year. Initial claims in central Louisiana the first week of January more than doubled from late December, while initial claims statewide tripled, rising from 8,273 to 25,414.
Six of the nine central Louisiana jurisdictions included in the Dashboard reported higher tax revenues in December, reflecting increased consumer spending in November. Avoyelles, Evangeline, and St. Landry reported decreases of 10% to 14%. Year-to-date tax revenues were up as well, with the exception of Concordia and LaSalle. November vehicle sales activity was down slightly compared to October, but sales activity was up more than 30% over last November, with Rapides posting a 16% gain so far this year.
Construction permits in Rapides and Avoyelles were up significantly in December. Rapides saw $36 million in construction being permitted last month, bringing its total to $81 million for the year compared to $72 million in 2019. Likewise, Avoyelles issued $53 million in permits in December, bringing its total to $105 million for the year compared to $52 million last year.
The CENLA Economic Dashboard is a service of the LSUA College of Business to help business and community leaders monitor the economic pulse of central Louisiana.

Find a list of city services as well as listings of open businesses and hours of operation.

The City of Pineville resources and information.

KD will continue updates our website to communicate relevant information from the Economic Development Administration and other agencies on economic recovery opportunities, resources, and activities.

Louisiana 211 is partnering with the Louisiana Department of Health to ensure citizens can access to the most current information available for Coronavirus (COVIDー19).

The U.S. Chamber is working closely with the White House, U.S. government agencies, and foreign government officials to inform and equip businesses with the most important and up-to-date information to prevent the spread of the virus and prepare businesses for the near and long-term impact.

LED is working with all levels of government to safeguard Louisiana businesses in terms of economic and physical safety issues related to COVID-19.

Strategies for brick and mortar retailers during COVID-19
Everyday @ 5pm

Shopify will host weekly webinars for LA small business owners. You can also access previously recorded webinars at any time—learn what you want, when you want to! We will post information here about upcoming webinars. 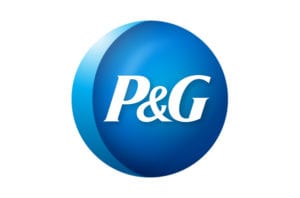 Are you looking for a career with a leading manufacturer of consumer products?

The Central Louisiana Regional Chamber of Commerce has compiled the following list of businesses currently hiring for a variety of full-time and part-time positions due to the increased demand for goods and services.

Please let us know if your business is hiring by sending an email to Cindy Cespiva at ccespiva@cenlachamber.org. Please include the company name, a brief description of the open position or positions and instructions on how to apply.

Posted 4/2/2020
Please note that there may be additional companies hiring. Anyone looking for work, should search job sites such as the Business & Career Solutions Center office in the parish in which you are searching for a job.

Updated: April 16, 2020
The U.S. Chamber has launched a Save Small Business Initiative to address the immediate needs of the small business community, mitigate closures and job losses, and mobilize support for long-term recovery in the wake of the economic destruction of the COVID-19 pandemic.
The U.S. Chamber Foundation is supporting the governmental supplemental financial assistance by launching the Save Small Business Fund. Seeded by contributions from corporate and philanthropic partners, the U.S. Chamber Foundation will be providing $5,000 supplemental grants to small employers in economically vulnerable communities.
Applications for the Save Small Business Grant Fund will open this Monday, April 20, 2020, at 2:00 p.m. There are several eligibility requirements which can be found here along with a space to enter your email address so as to be notified when the application process begins.
Please call the Central LA Chamber at 318-442-6671 with questions or for assistance with this form. The application form goes live on Monday, April 20, 2020 at 2:00 p.m.

We're All In This Together! 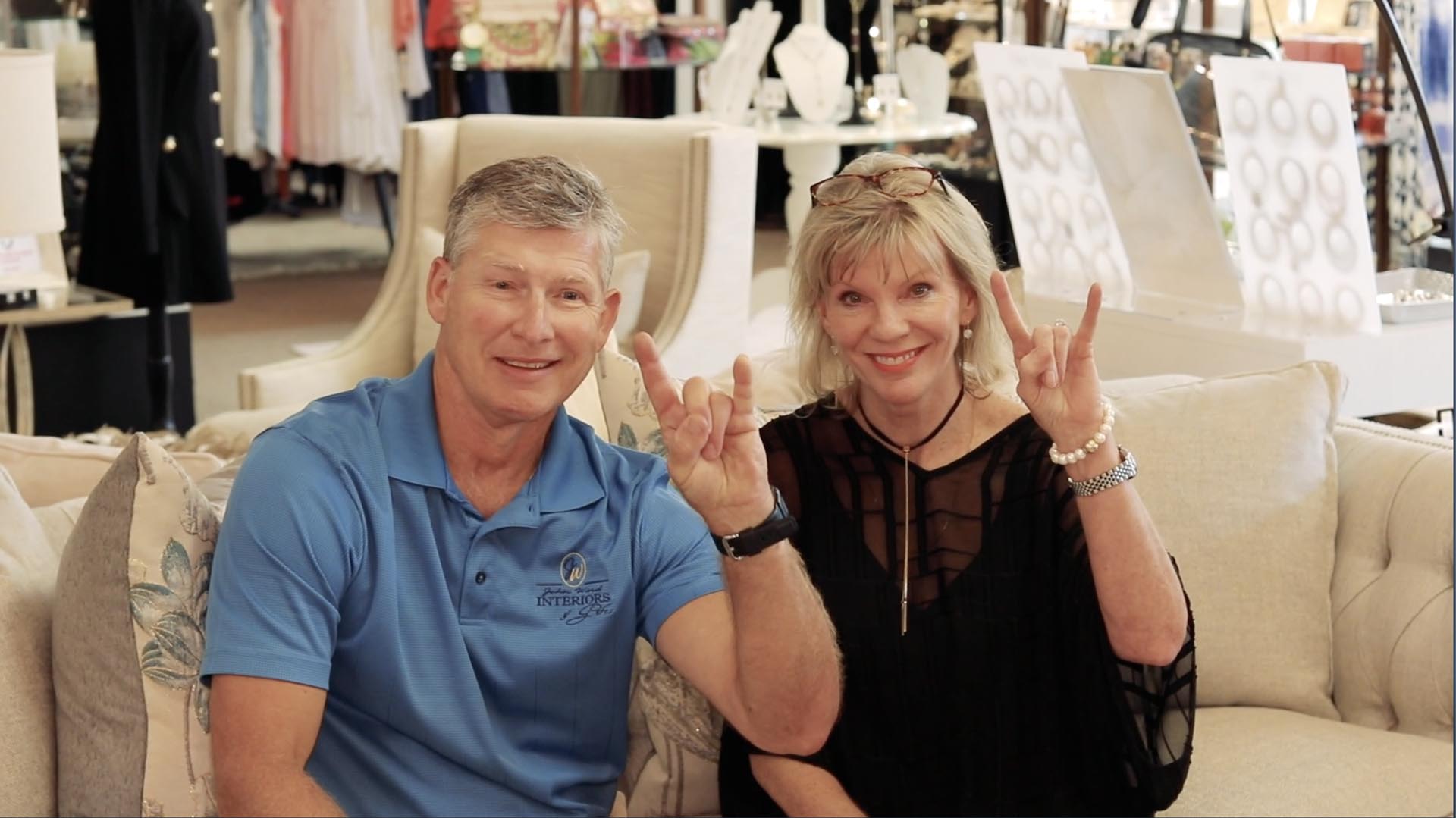 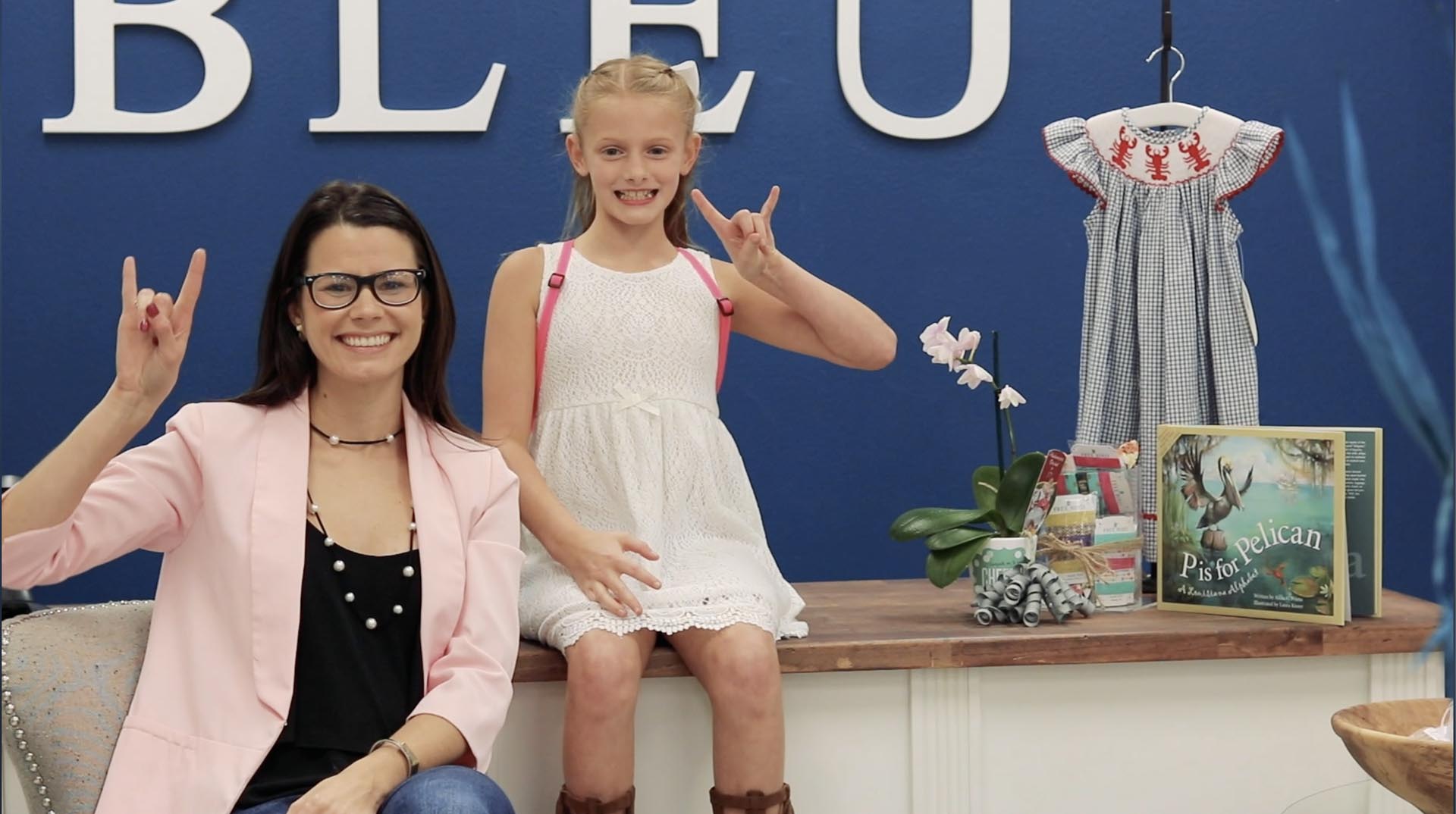 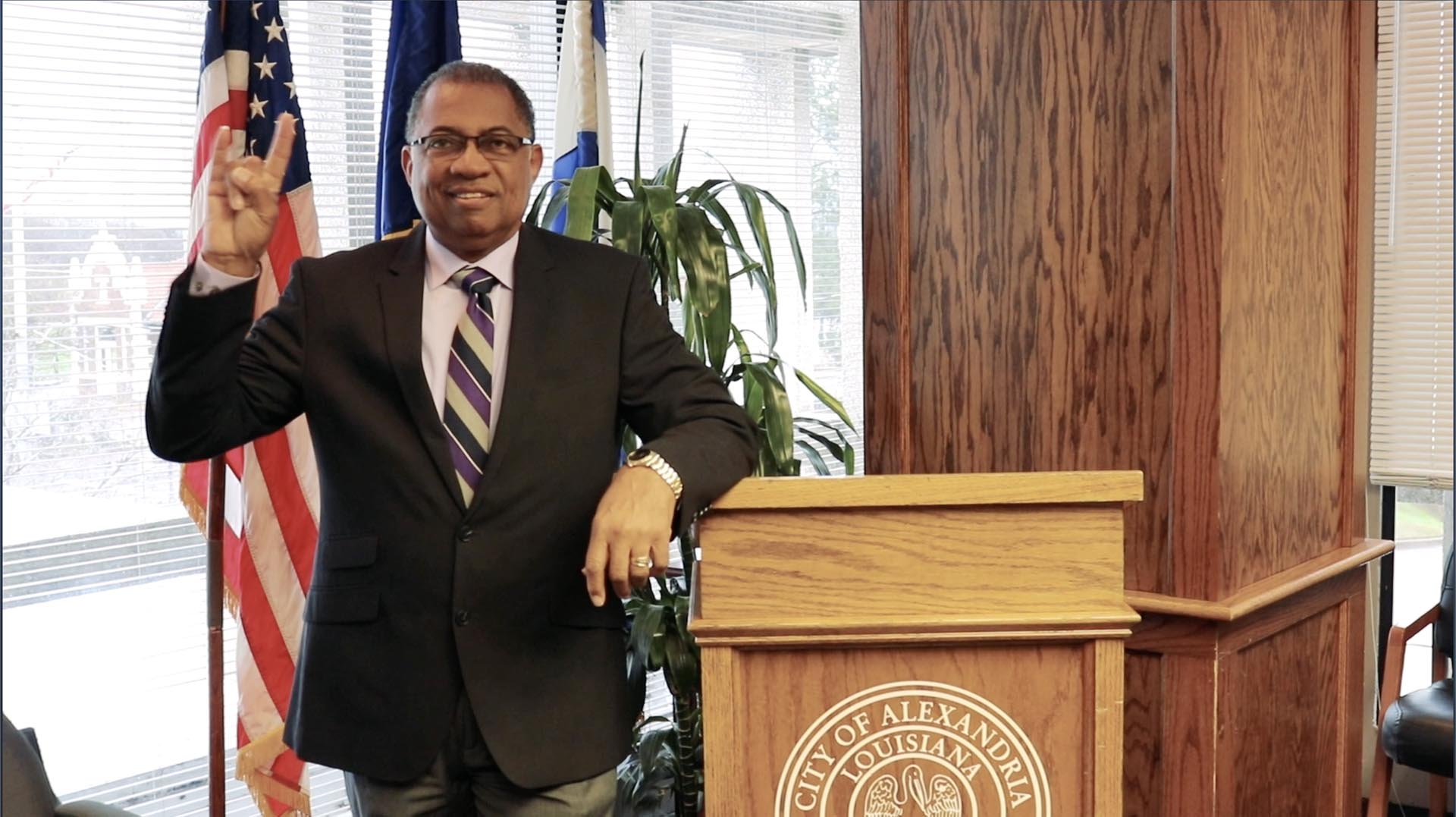 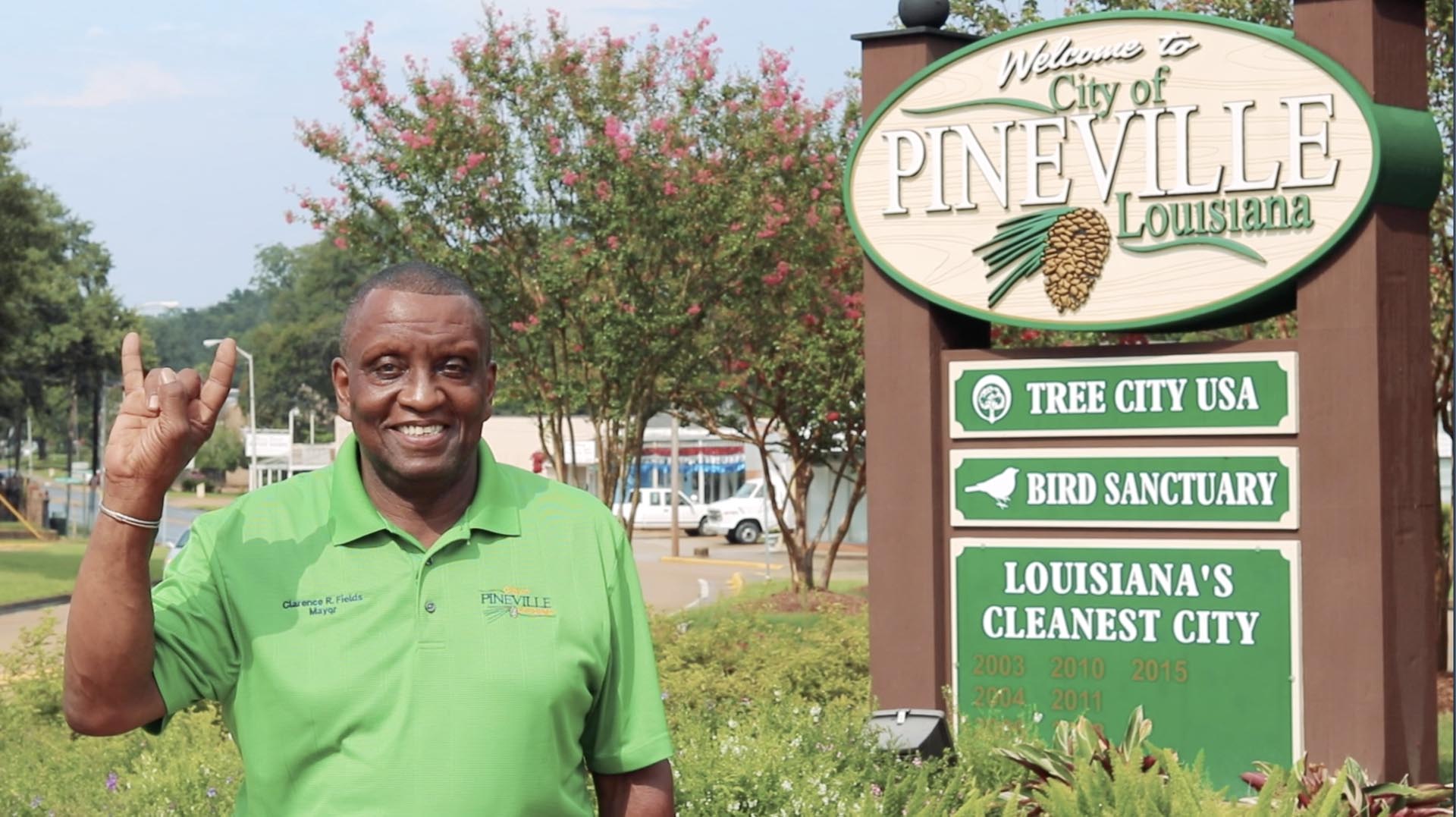 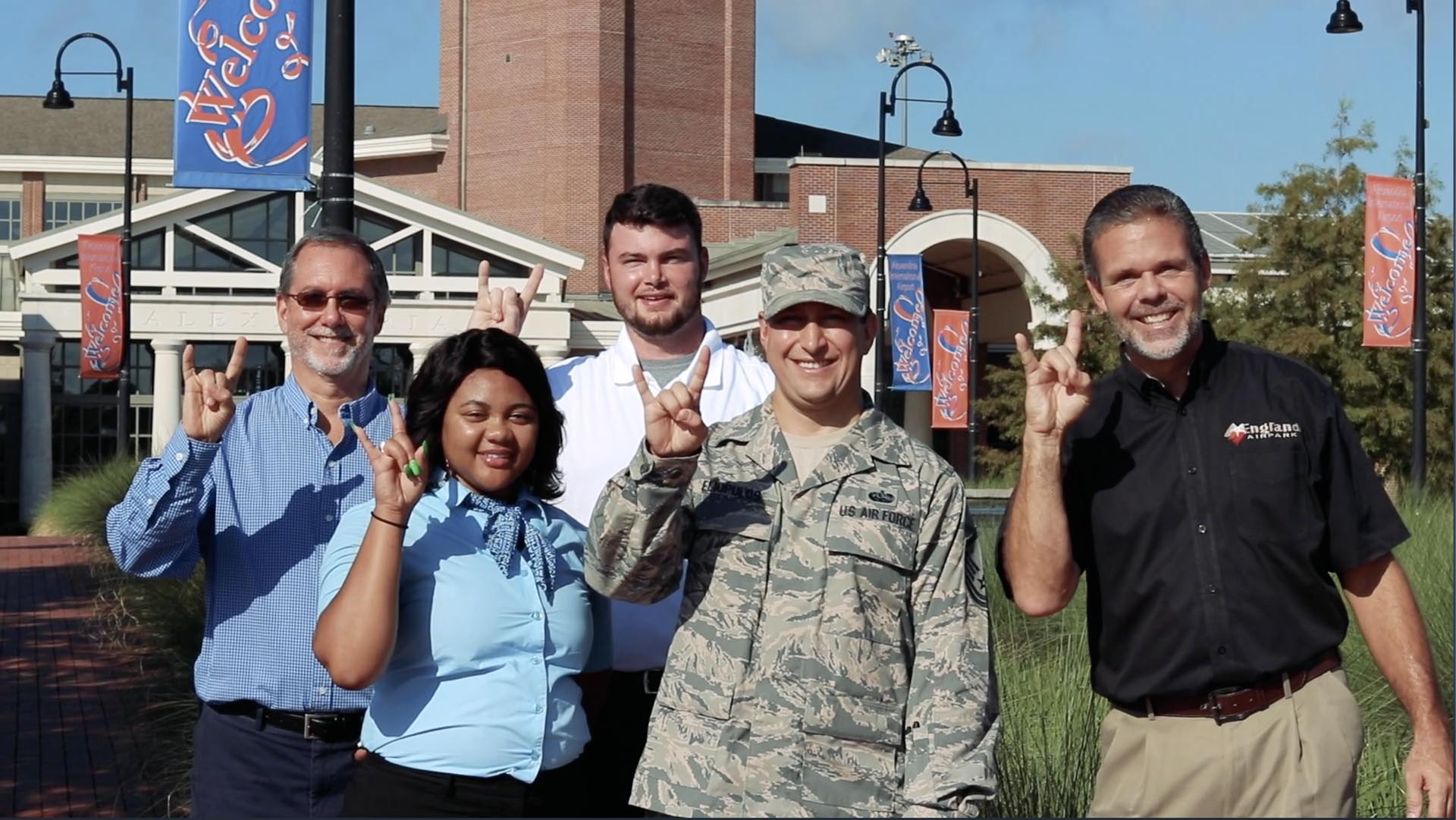 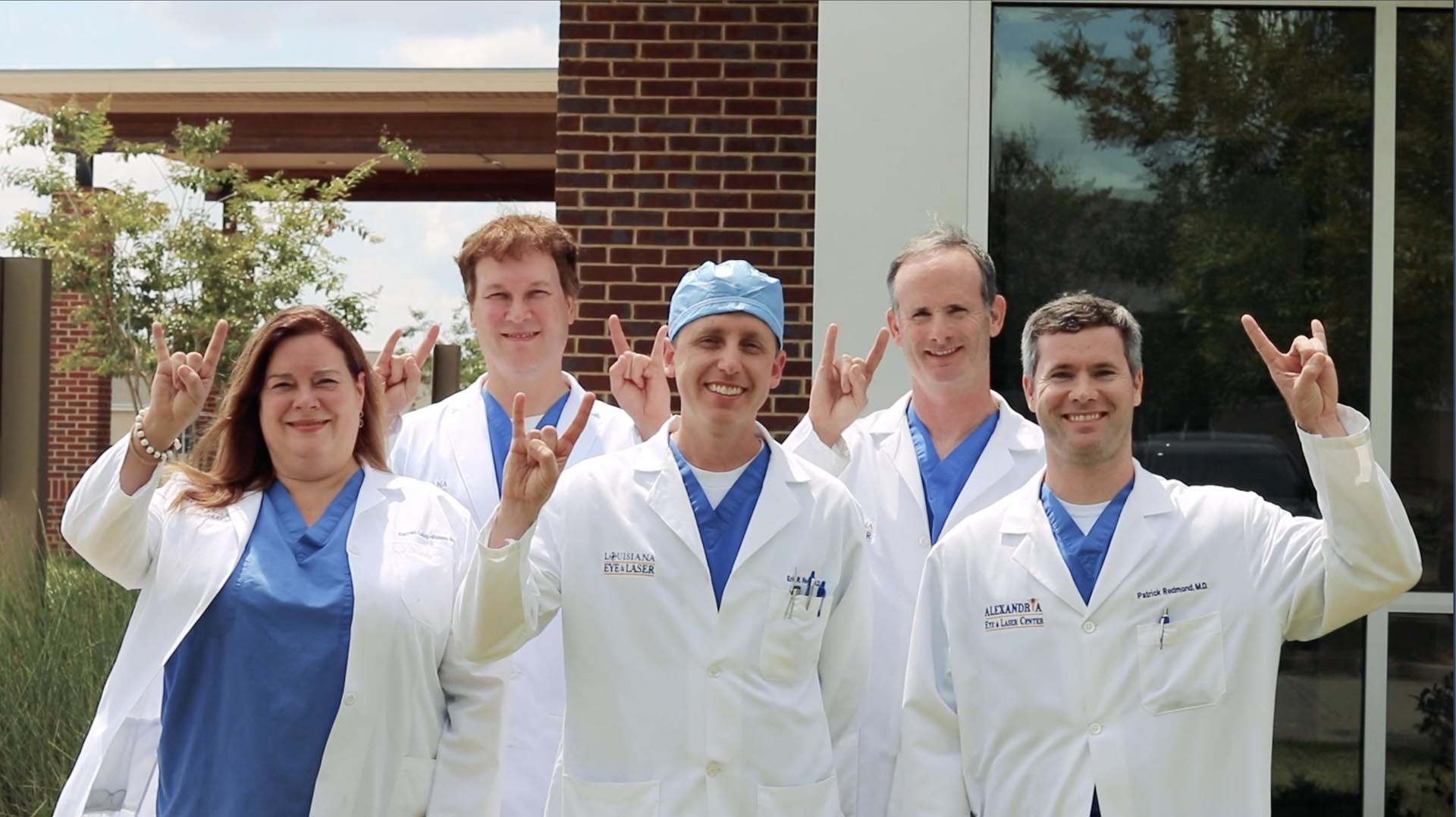 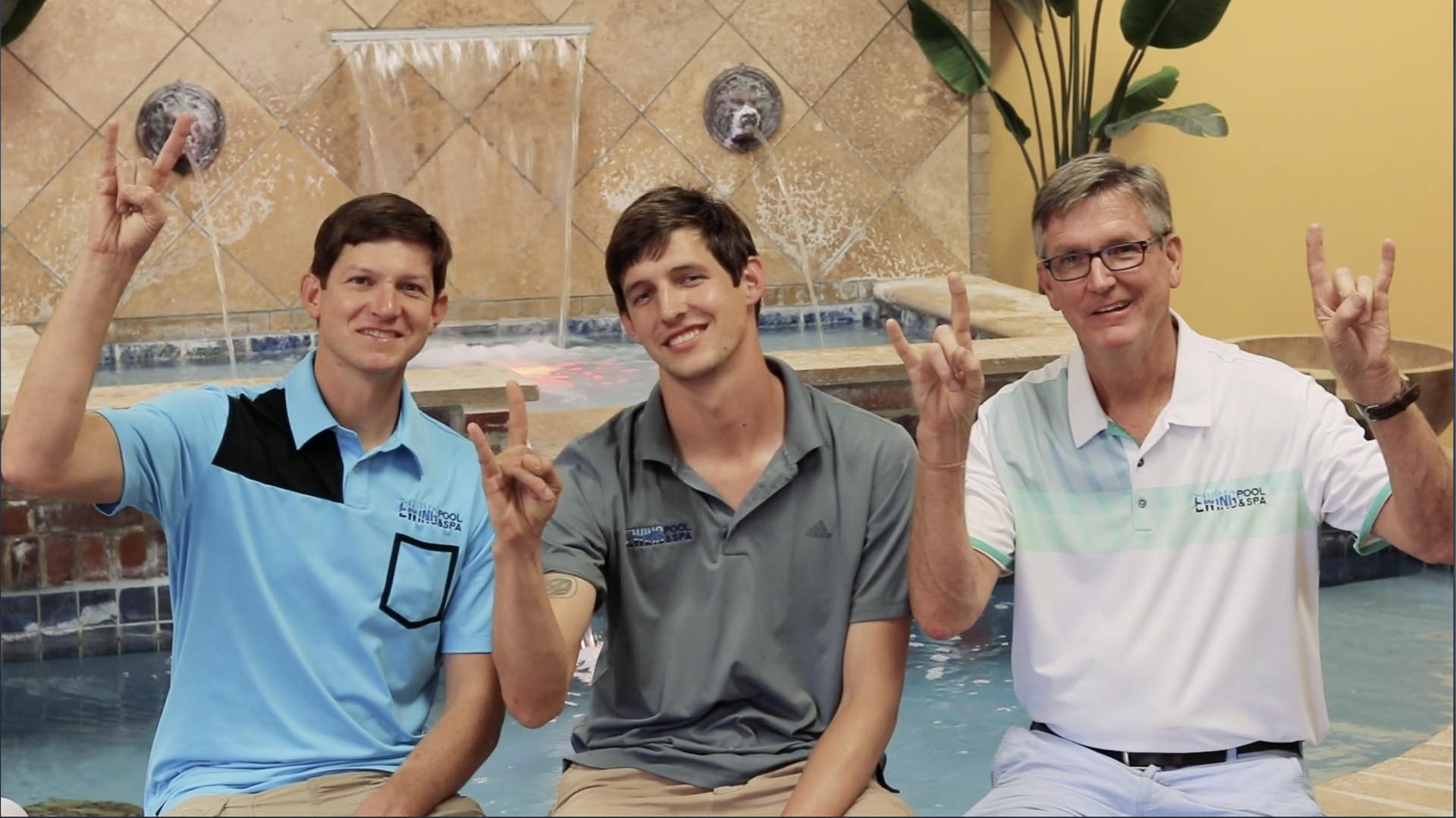 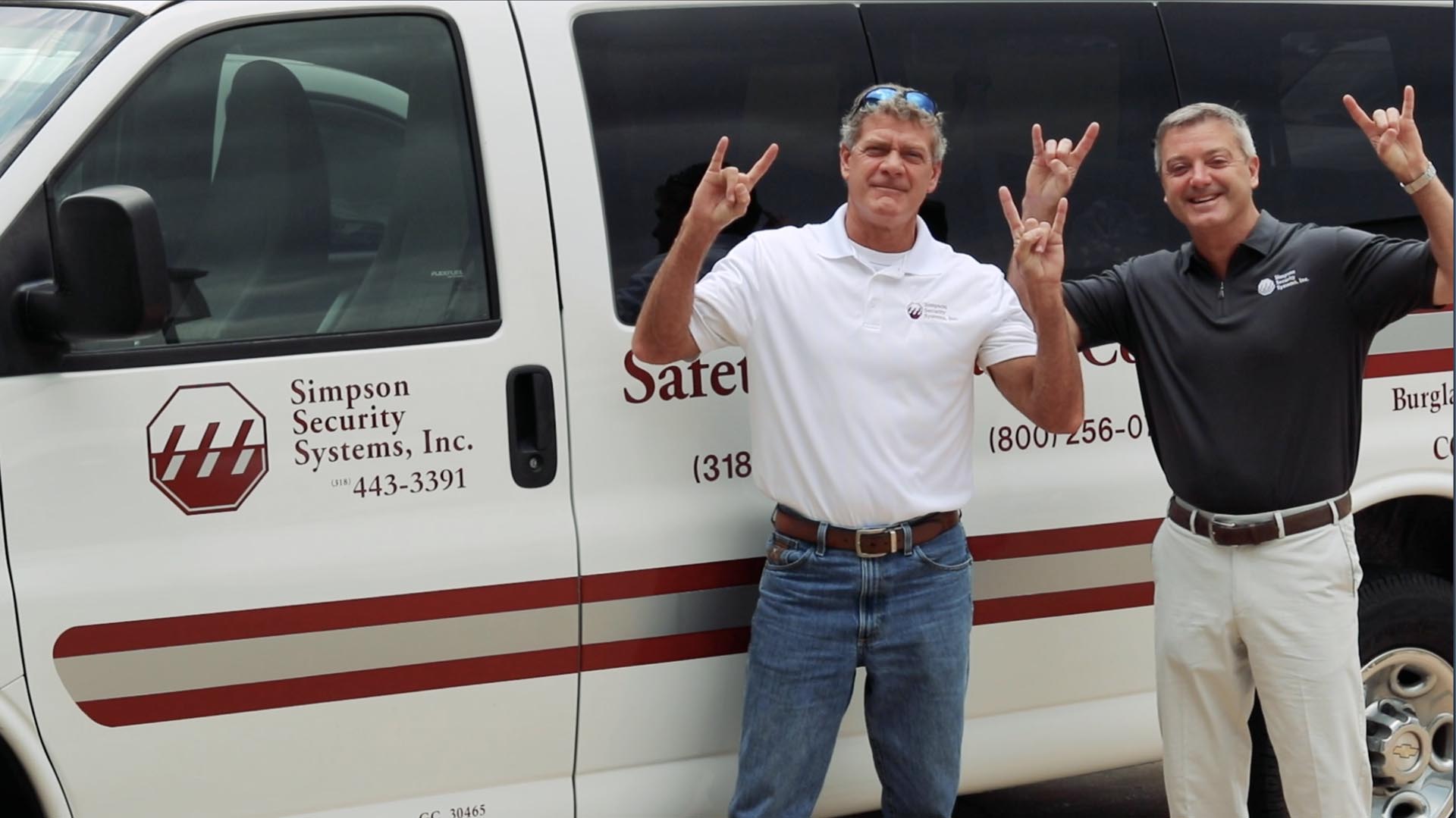 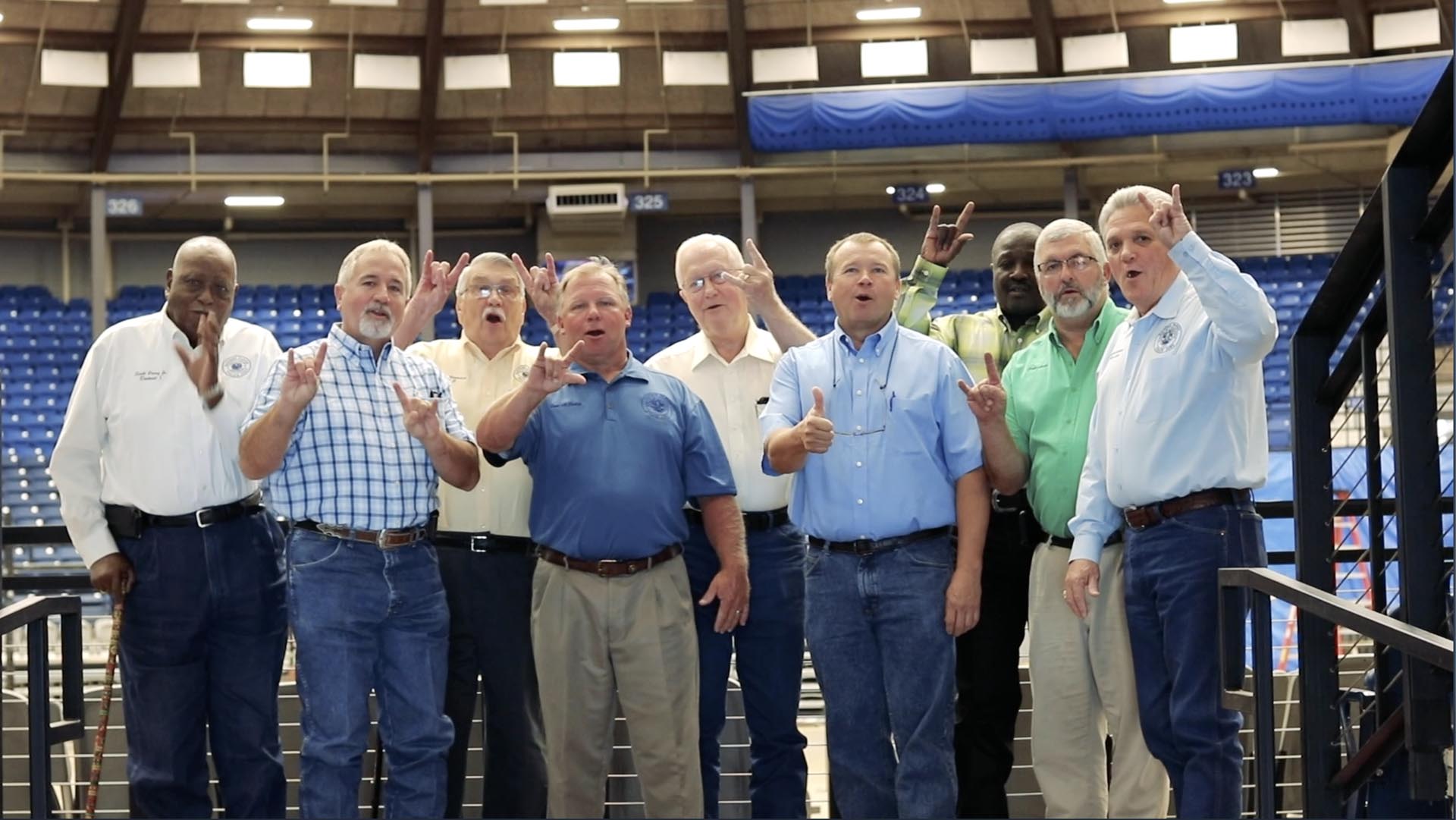